Why I Protect Thacker Pass 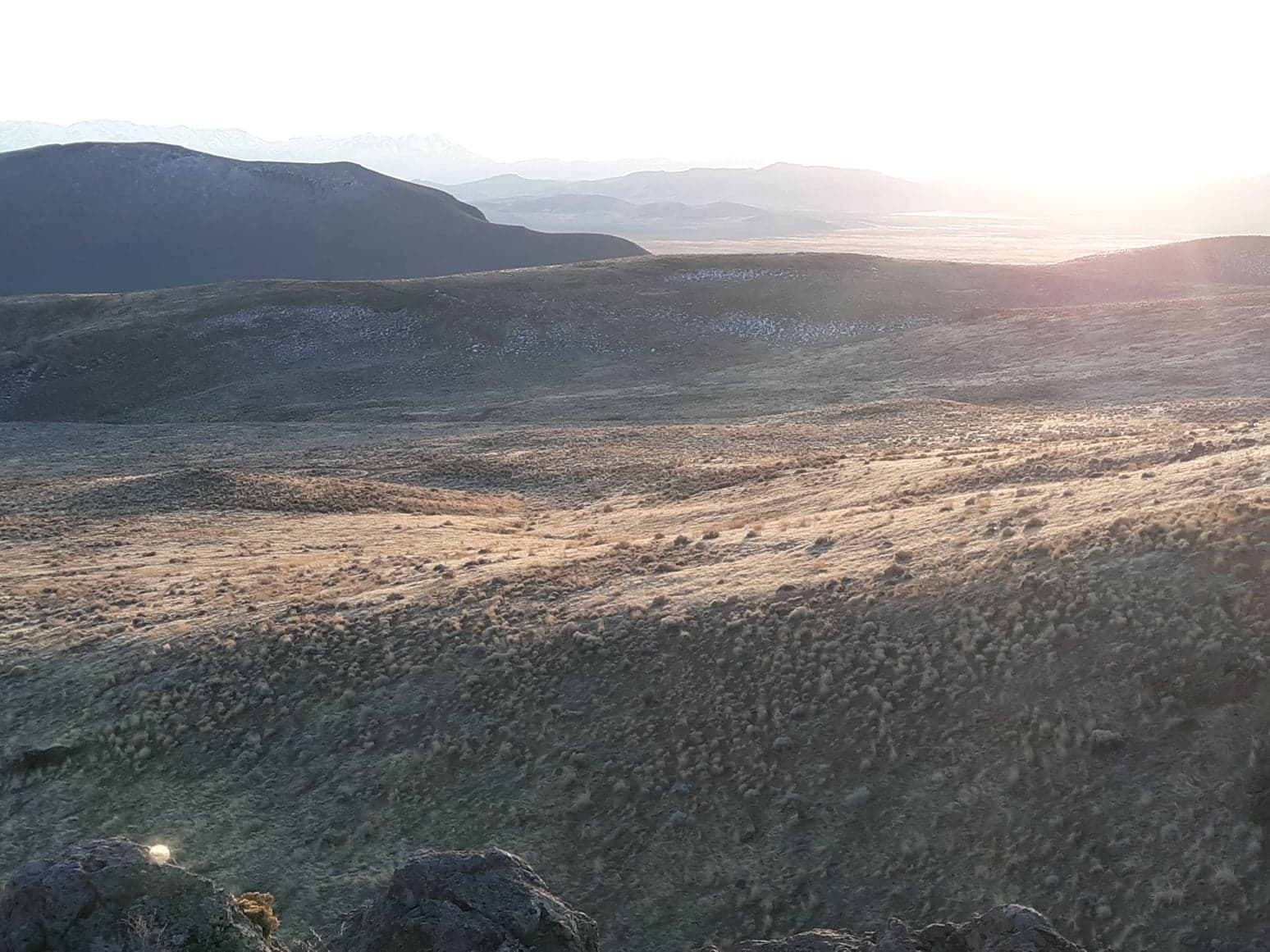 On Friday, January 15, 2021, the United States Bureau of Land Management (BLM) determined that Lithium Americas Corp.’s proposed Thacker Pass lithium mine in Nevada would comply with the National Environmental Policy Act and issued the necessary Record of Decision. This Record of Decision represents official federal approval of the project. That evening, my dear friend Max Wilbert and I finished the 8-hour drive from Max’s land near Eugene, OR and, in below-freezing temperatures, began setting up camp in a slushy, muddy open space in Thacker Pass.

The next day, I climbed up a mountainside on the north side of Thacker Pass and considered why I was determined not to let Lithium Americas destroy this beautiful place.

Thacker Pass is a quintessential representation of the Great Basin’s specific beauty. Millions of years ago a vast lake stretched across this land. Now, oceans of sagebrush wash over her. If you let the region’s characteristic stillness settle into your imagination, you’ll see how the sagebrush flows and swells like the ancient lake that was once here. On the north and south ends of the Pass, mountains run parallel to each other. The mountains feature outcroppings of volcanic rock left by the active volcano that was here even before the ancient lake. The mountains cradle you with the valley’s dips and curves up to the ever-changing, never-ending Great Basin sky. During the day, the sun shines down full-strength creating shape-shifting shadows on the mountain faces. At night, the stars and moon shine with such intensity and clarity that you can almost hear the light as it pours to the ground.

Though they are often difficult to spot, the animals are always active here. Coyotes constantly sing. A few start their music miles away to the west and are answered by a few more, startlingly near, to the east. Ravens swirl on the breeze high overhead. A few times a day, their conversation echoes clearly off the rocks. Then, they turn away and their voices cut sharply off like they know you are eavesdropping. In the morning, on an old wood pallet we found near our campsite and repurposed as our kitchen table, we found a trail of mouse droppings despite our best efforts to scour the crumbs from our dishes.

Lithium Americas’ mine would destroy all this. If it – a corporation is an ‘it’ not a ‘they’ – has its way, 5,000 acres of Thacker Pass would be ripped open to form a pit roughly a mile long and two miles wide. The crisp, clean air would be filled with the exhaust of 11,300 gallons of diesel fuel burned per day. In the nation’s driest state, Lithium Americas plans to use 2,600 acre-feet (850 million gallons) of water annually. Hundreds of tons of sulfuric waste from distant oil refineries would be trucked in daily to produce thousands of tons of sulfuric acid needed to leach lithium from the Pass’s clay stone. To produce one ton of lithium, between 110 and 500 tons of the earth forming Thacker Pass would be strip mined and processed.

Lithium Americas will argue that the mine is necessary because lithium is a key ingredient needed for electric car batteries. But humans do not need electric car batteries any more than they need cars. Today, billions of humans thrive without access to automobiles. Before that, for 99.9% of human history, some 250,000 years, most of our ancestors used only their feet or the feet of animals for transportation. While humans do not need cars, the coyotes, foxes, ravens, hawks, owls, mice, rats, bats, snakes, sagebrush and many others who call Thacker Pass home certainly need habitat. In other words, it is wrong to destroy the lives and homes of all these creatures for luxuries humans do not, in fact, need. It is wrong to destroy land for coal, for oil, or for timber harvests. It is also wrong to destroy the land for electric car batteries.

Lithium Americas will surely point out that electric cars, and the batteries fueling them, produce less greenhouse gas emissions than vehicles powered by fossil fuels. This may or may not be true when you consider the entire production process of new electric cars and the installation of new infrastructure that will be required to power them. That argument, however, assumes that humans need cars and they certainly do not.

In the upcoming weeks, I fully expect Max and I will be accused of being fossil fuel pawns for impeding the development of electric cars. I bet people will call us hypocrites for using the modern technologies we work to one day see dismantled. And, I imagine people who understand that land defense campaigns without an offensive wing of the movement are inadequate to save the planet will tell us we are wasting our time. But, I hate fossil fuels and actively advocate for the dismantling of all industrial infrastructure including pipelines, oil refineries, and wind and solar farms. I don’t really care if people think I’m a hypocrite because I needed to drive my car to Thacker Pass to place my body in front of the machines that would destroy her. Or, because I needed to use my computer to try to help people fall in love with this place. If I had to walk here from my home in Colorado, I’d likely arrive to see excavators raping Thacker Pass. If I had to handwrite this piece on paper and hand-deliver a copy to environmentalists around the country, then I’d be doing this for the rest of my life (never mind the destruction involved in paper production and ink production).

I fully agree that if the environmental movement remains solely on the defensive, trying to save a few wild places here and there with exclusively nonviolent methods, then the planet is likely damned to total ecological collapse. I hope one day a militant and offensive environmental movement forms. We have already lost countless places like Thacker Pass and we will lose countless more if we do not disable the machinery pushing this death march some call “progress” forward. But that movement hasn’t formed in time to protect Thacker Pass. So, I am here at Thacker Pass because her destruction is imminent. She is beautiful and I love her. When your beloved is under attack, you act to defend her. If you love Thacker Pass, too, or if you can fall in love with her, please consider what you can do to protect Thacker Pass.